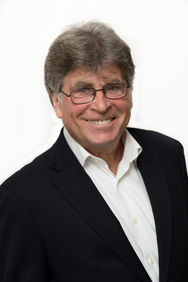 David Rosenzweig served as the first Managing Partner of Janover LLC’s New York City office and is currently a consultant to the firm. He oversees client engagements, providing personal service in the areas of compliance and financial and business management with a particular focus on the entertainment business. His clients also include not-for-profit arts organizations, and he serves as accountant and advisor to many businesses.

Widely recognized and cited as an industry expert, David has appeared on television news and written articles for Billboard on taxation of entertainers and for FYI, a national arts publication, on accounting for not-for-profit organizations. He has been quoted, interviewed and referenced in several other publications including Theatre Week, New York Daily News and The Wall Street Journal, and he has been featured as a guest speaker at an Internal Revenue Service national conference on entertainment and sports.

David is the Chairman of the Board of New Dramatists, one of the country’s leading play development organizations. He has served on several committees of the New York State Society of CPAs, including the Local Practitioners Committee and the General Committee on Accounting and Auditing. He is a past Chairman of the Society’s Large and Medium Size Firms Practice Management Committee and the Entertainment and Sports Committee. He has also served as Director and Treasurer of The Alliance of New York State Arts Organizations, receiving its Alliance Star Award for his service, and has been active with Arts Action Alliance. He is a member of the Advisory Board of the Accounting Club of America.